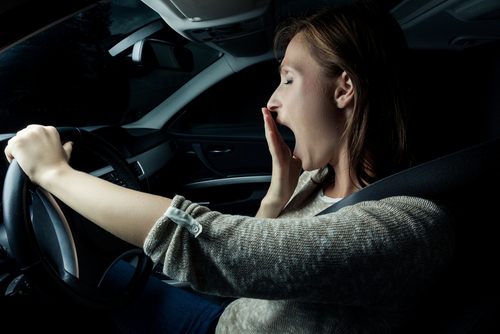 Drowsy Driving is a Major Threat to Traffic Safety

The Dangers of Drowsy Driving

Many Tennessee families lead busy lives. Between work and family obligations people often have their days jam-packed with activity. Over time, this can cause a person to become physically worn down; however, the time demands don't cease. Being overly fatigued can cause a number of problems, including falling asleep behind the wheel of a vehicle.

When a person nods off while driving -- even for a couple of seconds -- he or she could unintentionally shift lanes. If this happens in the midst of heavy traffic, a serious accident could occur. As such, this is just one of many traffic safety issues that should be examined.

Not long ago, a group of researchers announced that they have determined a new way to detect drowsy driving. After carefully examining the behavior of 29 people who worked on a night-shift schedule, it was determined that drowsy drivers tend to have erratic steering wheel movements. By developing technology to sense this pattern of behavior, the hope is that drowsy drivers can be alerted before causing an accident.

According to one of the researchers, this new approach could be more cost-effective than existing methods to detect drowsy driving. Up to this point, video-based technology had been used to detect erratic lane movements among overly tired drivers.

Of course, this kind of safety technology is more than welcome. When facing the risks of the open road, drivers may enjoy the peace of mind created by additional safeguards against accidents. With that said, it's still up to individual drivers to maintain safe driving habits.

Study Reveals that Fatigue is Similar to Intoxication

By this point, a great majority of drivers probably understand that drunk driving is incredibly dangerous. Between criminal penalties and public awareness campaigns, this idea should be crystal clear.

The reality is, however, that people continue to suffer the consequences of others deciding to drive under the influence -- and accident statistics demonstrate this. Surveys of drivers show that fewer people are drinking and driving as each year passes. Despite this shift, alcohol-related accident fatality rates have remained steady for about two decades. Since 1994, drunk driving accidents have accounted for roughly one-third of traffic deaths.

Beyond drunk driving, motorists also seem to misjudge their ability to operate a vehicle safely in other ways. A recent report from the National Highway Traffic Safety Administration (NHTSA) suggests that nearly 100,000 car accidents are caused by drowsy driving each year. As a result of these crashes, at least 71,000 injuries and 1,500 deaths have been reported.

The problem is that driving while fatigued can have nearly the same effect as driving under the influence of alcohol. In fact, federal officials indicate that going without sleep for 24 hours is equivalent to having a blood alcohol concentration of 0.10 percent, which is over Tennessee's legal limit. Those who work overnight shifts, for example, might fall into this kind of situation.

Whether it's driving drunk or drowsy, motorists have the potential to cause significant harm to others. Before getting behind the wheel of a vehicle, motorists have a responsibility to determine whether they have the capacity to operate their vehicles safely.