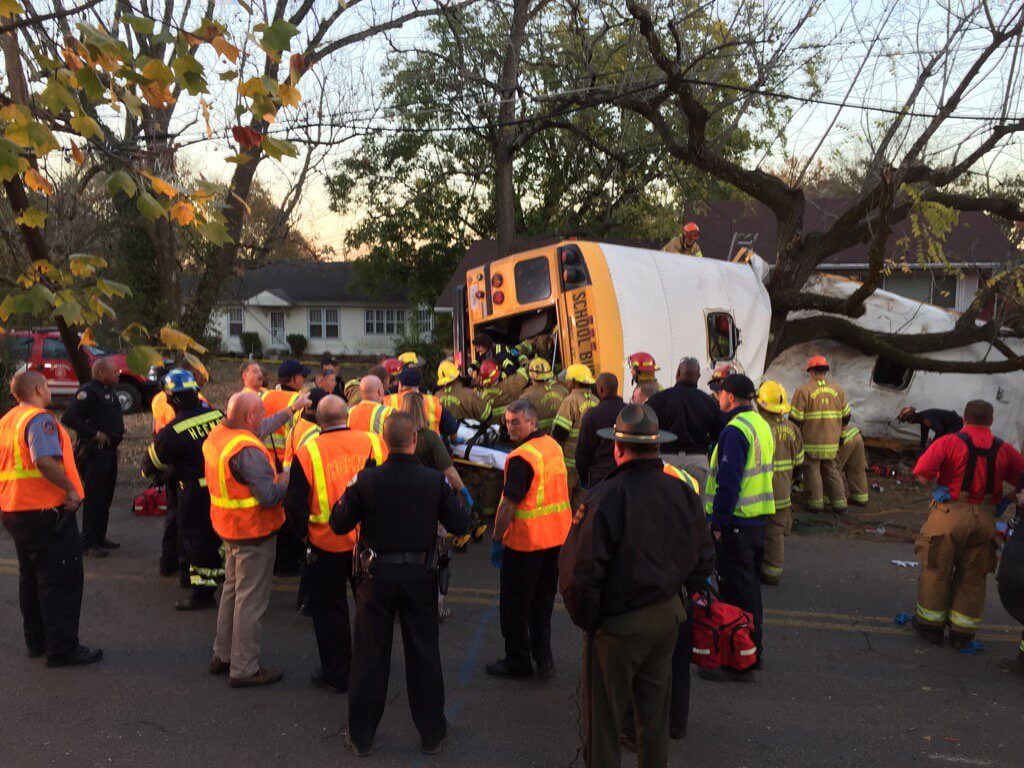 According to the Chattanooga Police Department, there were 35 children in ages ranging from kindergarten to fifth grade on the bus. At least two children were killed in the crash.

The bus appeared to have split apart after crashing into a tree, though the cause of the accident remains unclear. No other vehicles are believed to be involved in the crash.

At least 23 people were transported to hospitals in the area to receive treatment.

The Chattanooga Fire Department tweeted out a photo showing the bus wrapped around a tree as dozens of emergency officials pulled the final victim out of the rear doors.

Police report that the bus driver is cooperating with their investigation and is being interviewed in order to determine what caused the crash.

Our Nashville attorneys at Kinnard, Clayton & Beveridge have experience handling all types of cases, including school bus crashes. Give us a call at (615) 933-2893 to speak with a member of our firm, or fill out our online form to give us more details about your situation.