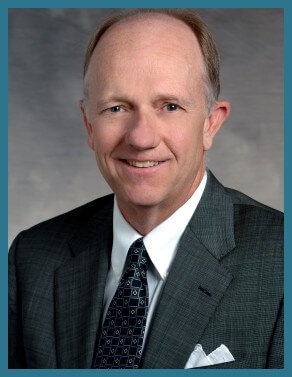 In 1996, Mark joined Randy Kinnard and Daniel Clayton and the firm of Kinnard, Clayton & Beveridge was formed. For more than 20 years, Mark has focused primarily on handling cases involving medical negligence and personal injury law. He has achieved great success in and out of the courtroom on behalf of his clients.

Mark S. Beveridge, Sr. Partner at the law firm of Kinnard, Clayton & Beveridge, has been selected to the 2019 Mid-South Super Lawyers. Super Lawyers recognize attorneys who have distinguished themselves in their legal practice.

Giving Back to the Local Community

In December 2015, Mark was appointed Judge of the Belle Meade City Court, where he serves two mornings per month. He previously served as Vice Chairman of the Municipal Planning Commission for the City of Belle Meade. He was appointed by Mayor Karl Dean to the Metro Nashville Domestic Violence Safety Assessment Task Force. He is a past President of the Exchange Club of Nashville and of Exchange Club Charities, Inc. and a former Chairman of the Antiques and Garden Show of Nashville. Mark is an active member of Westminster Presbyterian Church where he has been an elder, youth mentor, and youth Sunday school teacher. He participates in Room in the Inn, Habitat for Humanity builds, and a Friday morning men’s Bible study group.

When not advocating for injury victims, Mark can be found playing tennis, enjoying a game of golf, relaxing with some gardening, reading history, or taking a bike ride or a walk in the park or on the Nashville Greenway.

Our dedication to our clients and our determination to seek justice have lead our firm to record-setting victories. Learn more about some of our most notable cases.

See Our Past Victories