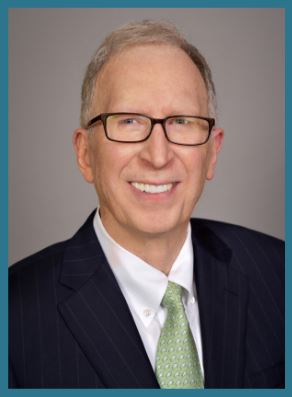 Considered One Of The Best Lawyers In Nashville, TN

As a seasoned Nashville personal injury and medical malpractice attorney, Randall L. Kinnard is a highly respected legal professional. He has been recognized by countless organizations and publications for his exceptional skill both in and out of the courtroom. Mr. Kinnard is a leading lawyer in Tennessee and has been ranked as one of the best in all of Nashville. He has recovered millions of dollars for injury victims over the years, always fighting for the maximum value of his clients’ cases.

Mr. Kinnard emphasizes two things in his practice: competence and respect. He has started many initiatives that shed light on the importance of respect in life and legal practice. Mr. Kinnard truly respects his clients, treating them as a counselor and acting as a friend to them through the entire legal process.

A Strong Track Record Of Success

In his 30 years of practice, he has recovered many record-setting verdicts for injury victims, including a $22 million jury verdict that was the largest in the state for a single person. This is what sets him apart as one of the premier plaintiff’s medical malpractice attorneys in all of Nashville. He was also able to secure a $55 million verdict for sportscaster Erin Andrews in her lawsuit against a hotel and a stalker.

Randall L. Kinnard, Sr. Partner at the law firm of Kinnard, Clayton & Beveridge, has been selected to the 2019 Mid-South Super Lawyers, marking his 13th year of selection. In addition, he is also listed in the Top 100 Lawyers in Tennessee and Top 50 lawyers in Nashville. Super Lawyers recognize attorneys who have distinguished themselves in their legal practice. He has also received the “Outstanding Trial Lawyer of the Year” award for 2016 from the Tennessee Trial Lawyers Association. This award is in honor of his superior skills and achievements in civil justice.

The Kentucky Court Trial Review praised Mr. Kinnard's work in the legal community in a post on social media:

"Randall Kinnard, a Nashville lawyer, had quite a year. He had three really significant verdicts. This guy is good.
I summarize.

If I needed a lawyer in a personal injury case in Tennessee, Kinnard (pictured) would be on my short list. He's like Tyler Thompson. Only from a little further down south."

Prior to pursuing law school, Mr. Kinnard attended West Point. He served in Vietnam with the 173rd Airborne Brigade, which equipped him for success in his legal practice. He was awarded the Vietnamese Cross of Gallantry, Purple Heart, Bronze Star for Valor, and Air Medal for his two tours in Vietnam.

In addition to his dedicated support of his clients, Randall Kinnard is also driven to give back to his community. Mr. Kinnard serves as a volunteer for Alive Hospice, residing on the Quality Council for the organization. In addition, he is a board member of Centerstone, a non-profit organization that helps more than 40,000 individuals with mental illnesses.

Mr. Kinnard is on the Board of Directors of Friends of Warner Parks and supports The Legal Aid Society of Middle Tennessee and the Cumberlands. While serving as Chair of Fundraising for Legal Aid, he helped raise $700,000, setting a record for the organization! Mr. Kinnard has also a board member of his church, a dedicated Sunday school teacher, and Scout leader. He is honored to support dozens of local and national charitable organizations.

Currently, Mr. Kinnard is in the process of founding The Children’s Justice Center, which is a non-profit organization designed to provide free legal help, advice, and court representation for children who have been abused and neglected.

Mr. Kinnard enjoys spending his free time in the outdoors. He loves running, fishing, golf, and hiking. He also enjoys reading a good book, especially on the topic of history.

Our dedication to our clients and our determination to seek justice have lead our firm to record-setting victories. Learn more about some of our most notable cases.

See Our Past Victories